We aim to train and mentor pastors and Christian workers who have a passionate love for the triune God and a solidly Reformed understanding of His Word.

We believe God’s inerrant and infallible Word is the rule for all of life and faith, and the principal means by which the Holy Spirit transforms lives so that the Lord Jesus Christ might be glorified and adored.

We aim to train and mentor pastors and Christian workers who have a passionate love for the triune God and a solidly Reformed understanding of His Word. 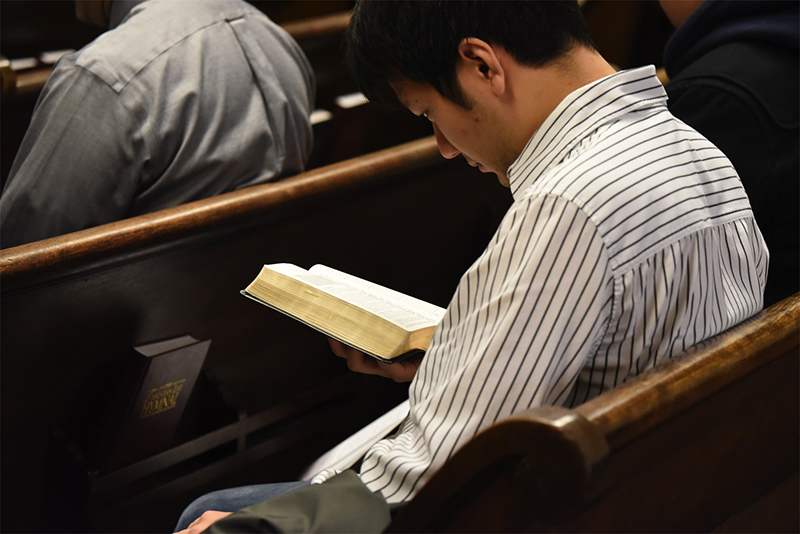 I. Of the Scriptures

We believe that the Holy Bible was (a) written by men supernaturally inspired; (b) that it has truth without any admixture of error for its matter; and (c) therefore is, and shall remain to the end of the age, the only complete and final revelation of the will of God to men; the true centre of Christian union, and the supreme standard by which all human conduct, creeds and opinions should be tried.

By “The Holy Bible” we mean that collection of sixty-six books, from Genesis to Revelation, which, as originally written, does not only contain and convey the word of God, but is the very Word of God.

By “Inspiration” we mean that the books of the Bible were written by holy men of old, as they were moved by the Holy Spirit, in such a definite way that their writings were supernaturally inspired and free from error, as no other writings have ever been or ever will be inspired.

II. Of the Trinity

III. Of the Devil, or Satan

We believe that Satan is a person and was once (a) holy, and enjoyed heavenly honours; but through pride and ambition to be as the Almighty, fell and (b) drew after him a host of angels; that he is now (c) the malignant prince of the power of the air, and the unholy god of this world. (d) We hold him to be man’s great tempter, (e) the enemy of God and His Christ, (f) the accuser of the saints, (g) the author of all false religions, and the inspirer of all apostasy; (h) the chief of all the powers of darkness—destined however (i) to a final defeat at the hands of God’s Son, and (j) to suffer eternal punishment in a place prepared for him and his angels.

IV. Of the Creation

We believe in the Genesis account of creation, and (a) that it is to be accepted literally, and not allegorically or figuratively; (b) that man was created directly in God’s own image and after His own likeness; (c) that man’s creation was not by evolution or evolutionary change of species or development through interminable periods of time from lower to higher forms; (d) that all animal and vegetable life was effected by special creation, and God’s established law was that they should bring forth only “after their kind.”

V. The Fall of Man

We believe (a) that man was created in innocence under the law of his Maker, but (b) by voluntary transgression fell from his sinless and happy state, (c) in consequence of which all mankind are now sinful, and are sinners not by constraint but of choice; and (d) therefore under just condemnation without defence or excuse; and (e) that man in his natural state is in a condition of total depravity, by which we mean his natural utter incapacity to receive the things of the Spirit of God apart from the quickening grace of the Holy Spirit.

VI. Of the Atonement for Sin

We believe (a) that the salvation of sinners is wholly of grace; (b) through the mediatorial offices of the Son of God, Who by the appointment of the Father, freely took upon Him our nature, yet without sin, honoured the divine law by His personal obedience, and by His death made a full and expiatory atonement for our sins; (c) that His atonement consisted not in setting us an example by His death as a martyr, but was the voluntary substitution of Himself in the sinner’s place, bearing the penalty of God’s Holy Law, the Just dying for the unjust, Christ, the Lord, bearing our sins in His own body on the tree; (d) that having risen from the dead, He is now enthroned in heaven and uniting in His person the tenderest sympathies with divine perfection. He is every way qualified to be a suitable, a compassionate and an all-sufficient Saviour.

VII. Of Grace in the New Creation

We believe (a) that in order to be saved, sinners must be born again; (b) that the new birth is a new creation in Christ Jesus; (c) that it is instantaneous and not a process; (d) that in the new birth the one dead in trespasses and in sins is made a partaker of the divine nature and receives eternal life as the gift of God; (e) that such are kept by the power of God through faith unto eternal salvation and shall never perish; (f) that the new creation is brought about in a manner above our comprehension, not by culture, not by character, nor by the will of man, but wholly and solely by the power of the Holy Spirit in connection with divine truth, so as to secure our voluntary obedience to the gospel; (g) that its proper evidence appears in the holy fruits of repentance and faith and newness of life.

We believe that the great gospel blessing which Christ secures to such as believe in Him is Justification; (a) that Justification includes the pardon of sin, and the gift of eternal life on principles of righteousness; (b) that it is bestowed not in consideration of any works of righteousness which we have done, but it is the imputation of the righteousness of Christ on the ground of His perfect life and expiatory death.

IX. Of the Local Church

We believe that a church of Christ is a congregation of baptized believers (a) associated by a covenant of faith and fellowship of the gospel; (b) observing the ordinances of Christ; (c) governed by His laws; and (d) exercising the gifts, rights and privileges invested in them by His word; (e) that its officers are male pastors (or elders or bishops), and deacons, whose qualifications, claims, and duties are clearly defined in the Scriptures; (f) we believe that the true mission of the church is found in our Lord’s commission: First, to teach, or disciple, all nations, i.e., to preach the gospel in all the world, to make individual disciples, second to baptize, third, to teach and instruct as He has commanded, and thus to build up the church; (we do not believe in the reversal of this order); (g) we hold that the local church has the absolute right of self-government free from the interference of any hierarchy of individuals or organizations; and that the one and only superintendent is Christ, through the Holy Spirit; (h) that it is scriptural for true churches to co-operate with each other in the furtherance of the gospel and in contending for the faith, and that every church is the sole and only judge of the measure and methods of its co-operation; (i) on all matters of membership, of polity, of government, of discipline, of benevolence, the will of the local church is final.

X. Of Baptism and The Lord’s Supper

We believe that Christian baptism is (a) the immersion in water of a believer, (b) into the name of the Father, the Son and the Holy Ghost; (c) to show forth our union with the crucified, buried, and risen Christ, and our death to sin and resurrection to a new life; (d) that it is a condition of church membership and of the observance of the Lord’s Supper (e) in which the members of the church by the sacred use of bread and wine are to commemorate together the love of Christ, preceded always by solemn self-examination.

By the statement that baptism is a condition of church membership and of the observance of the Lord’s Supper, we take the same position as all evangelical believers, differing only from our brethren in our insistence that scriptural baptism consists only in the immersion of the believer in water in the name of the Father, Son, and Holy Ghost; and since the Scripture requires that baptism shall follow immediately upon faith in Christ, and that this was the invariable practice of the apostolic church, we conceive it to be an obligation involved in our Lord’s Commission to teach men to observe all things whatsoever He has commanded them to maintain a testimony to the authority of New Testament precept and practice; and we further believe that to take any other than the position stated in this article would be to reverse the scriptural order of the ordinance, and to magnify the importance of the Supper above that of Baptism, and would involve the taking of a position at variance with that taken by all other bodies of evangelical believers in respect to the order of the ordinance. This statement is intended to ensure a clear testimony to the supreme authority of Christ as His will is revealed in the Scripture (1 Cor. 11:26).

XI. Of the Righteous and the Wicked

We believe that (a) there is a radical and essential difference between the righteous and the wicked; (b) that such only as through faith are justified in the name of the Lord Jesus and sanctified by the Spirit of our God, are truly righteous in His esteem; (c) while all such as continue in impenitence and unbelief are in His sight wicked, and under the curse; (d) and this distinction holds among men both in and after death, in the everlasting felicity of the saved and the everlasting penal suffering of the lost.

We believe that civil government is (a) of divine appointment, for the interests and good order of human society; (b) that magistrates are to be prayed for, conscientiously honoured and obeyed; (c) except only in things opposed to the will of our Lord Jesus Christ; (d) Who is the only Lord of the conscience, and the coming Prince of the kings of the earth.

XIII. Of the Resurrection, Return of Christ and Related Events

We believe in the literal bodily resurrection of Christ, that He rose again the third day according to the Scriptures, that after manifesting Himself for forty days to His disciples, He ascended to His Father’s right hand, where, as our Great High Priest, He ever liveth to make intercession for His own. We believe that according to His promise He will come again without sin unto salvation, that His coming will be personal, visible and glorious, as it is written in Titus 2:13-14:

“Looking for the blessed hope, and the glorious appearing of the great God and our Saviour Jesus Christ; who gave himself for us, that he might redeem us from all iniquity, and purify unto himself a peculiar people, zealous of good works.”

This Doctrinal Statement is publicly signed each year at Convocation by all Faculty and Trustees.

Why Study at TBS?
Courses We Teach 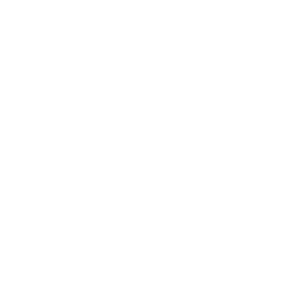